Why Moran Law Firm Is Excited About Being Selected for Oral Argument Before the Ninth Circuit! 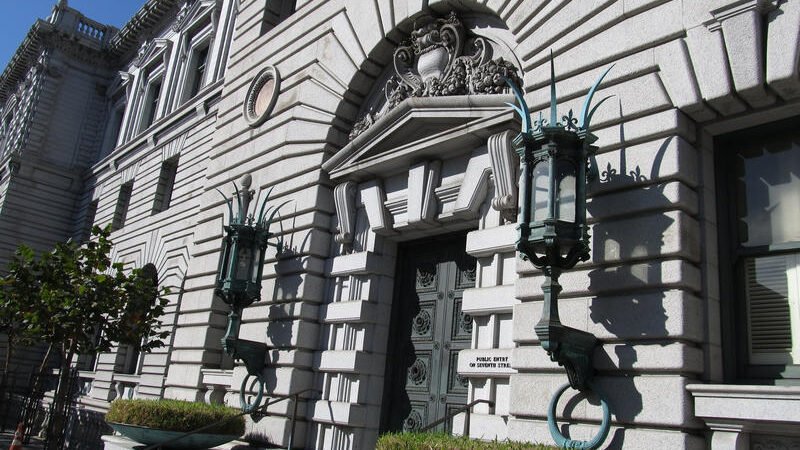 Moran Law Firm represents an individual whose case was selected for Oral Argument on August 14, 2020. This is an amazing opportunity because this individual has a factually strong innocence claim. Should the Court determine to publish a ruling on this matter, this case has the potential to change existing law and/or further distinguish the law pertaining to this issue. This case has the potential to become defining precedent.

The Moran Law Firm is committed to fighting for the rights of those accused. Our firm passionately advocates for the accused at every level of the judiciary. It is a privilege and an honor to be selected for Oral Argument before The Ninth Circuit Court of Appeals.

Overview of the Ninth Circuit:

The 9th Circuit is a regional appellate court that sits just below the U.S. Supreme Court in the national judicial hierarchy. Judges for these circuits are known as Title III, a reference to the portion of the U.S. Constitution that created the judiciary arm of government. These judges are appointed by the President, approved by Congress and serve for life. The 9th Circuit presides over 15 district courts within its geographical area. A small number of decisions made by a federal district court and appealed to the 9th Circuit may be reviewed by the U.S. Supreme Court.

The 9th Circuit is constituted of federal-level courts comprised by 15 districts in the Western U.S., including all of California, Washington, Oregon, Idaho, Montana, Nevada, Arizona, Alaska, Hawaii as well as Guam and the Northern Mariana Islands. It is headquartered in San Francisco, California.

The Ninth Circuit is the largest circuit geographically, and it remains the busiest, with:

To put this caseload into perspective, in 2016, the second busiest Court was the 5th Circuit, with 5,252 cases.

In practice, however, the reality is that oral argument has become the exception. Indeed, the Courts of Appeal engage in a screening process for a “decision to allow oral argument.” (Laurel Hooper, Dean Milbach, and Angelia Levy, Case Management Procedures in the Federal Courts of Appeal 18 (Federal Judicial Center (2d ed. 2011).) Most federal appeals arise in criminal cases, where oral argument is much less frequently granted. “Case characteristics that are likely to favor oral argument include presence of counsel, novel issues, complex issues, extensive records, and numerous parties.” (Id.) It is understood that less than 2%, of criminal appeals, are selected for Oral Argument.

MORE ABOUT THE CASE:

Mr. Bruce previously worked in the capacity of a guard at ASP Atwater. His occupation was as a cook within the penitentiary.

Mr. Bruce was charged with the following violations: Count I: Conspiracy—in violation of 18 U.S.C. § 371; Count II: Possession with the intent to distribute heroin and marijuana; and Count III: Bribery, being public official receiving a bribe.

Immediately after Bruce was convicted, Hayes was arrested and charged for identical accusations at a different facility.

During a checkpoint search, a visitor was caught with four packaged quantities of marijuana and a couple ounces of heroine. This person stated he never intended to transport these drugs into the prison; he was only a delivery person, requested to provide the drugs to an ASP Atwater correctional guard. During this stop, Hayes was acting supervisor; however, no reports reflect his involvement. Hayes additionally met in an interrogation, alone, with this person, for over four hours. It was also never documented. Even though this person committed a felony offense, by bringing narcotics onto a federal penitentiary, this person was not detained, was not cited, was allowed release, never faced charges.

Bruce was ultimately accused as the person smuggling narcotics into ASP Atwater. Bruce was provided a plea option to where if he admitted to the charges, he would not have to do any further time incarcerated. Bruce denied this plea agreement for the simple fact that he would not agree to something he did not do. Bruce has unwaveringly maintained his innocence. Bruce was found guilty by jury of the accusations against him.

The Crux Of The Appeal Relies On Brady Violations:

Counsel argues that the government did knowingly withhold exculpatory information, in that they intentionally concealed that: [1] Hayes’, (an investigating SIS officer), had numerous inmate complaints filed while he was at Atwater; and [2] that he was the target of a separate investigation—concerning identical charges to this case—in which he was a major contributing investigator. The government did withhold evidence from the Court, and the defense which would have been favorable to Bruce—and, as a result, Bruce was irreparably prejudiced. Specifically, the omitted Hayes information contained salient material in that Hayes had 71 complaints asserted against him while at ASP—which included: [1] Physical Abuse of Inmates; and [2] Threatening Inmates.

The Government’s concealment of exculpatory evidence prejudiced Bruce because he was: [1] denied due process and a fair trial; [2] he was denied the opportunity to present a full and complete defense—including a third-party culpability defense; [2] the jury was not provided all of the relevant information; and [3] Bruce was found guilty by jury and has been sentenced to 78 months, for a crime he did not commit. In doing so, the government deprived Bruce due process and ensured that he did not receive a fair trial, because the government knowingly withheld and concealed evidence from the Court, and the defense.

Here, the resulting verdict is not one worthy of confidence. Instead, the verdict is a result of deliberate and intentional methods calculated to produce a win for the Government—in willful and direct violation of due process, fundamental fairness, and warranties of justice.

In Failing To Disclose The Hayes Information, Bruce Was Prejudiced In Not Being Able To Prepare And Present A Complete Defense—In Violation Of His Constitutional And Due Process Rights

The primary concern regarding this argument is—when juxtaposed with Hayes’ withheld Brady material—it is clear the Government highly misrepresents and conflates the similarities of: [1] the allegations against Bruce; with the [2] investigation of Hayes.

For context, the defense would like to display the factual omitted information, (known to the Government prior to trial), of Hayes’ modus operandi juxtaposed with the Government’s “overwhelming” evidence supporting Bruce’s conviction:

Instead, the Government confidently affirmed that the defense inquisitions were correct. The Government responded to the court by saying: “[t]hat’s absolutely correct.” The Government simply admitted: “[they] did not want to call [Hayes] as a witness when [the Government] learned of [Hayes’] Henthorn information” because the Government “[didn’t] think there was anything wrong with [that].” AB p.19.

The Government was additionally questioned by the court as to why more information was not provided regarding Hayes’ involvement with the case. Specifically, the court inquired as to why it was not disclosed that Hayes: [1] had the ability to contact inmates off of the record; and [2] was allowed to remain privy to vital information concerning allegations of a case to which Hayes’ was also being investigated? Regarding this deliberate omittance, the Government simply responded by stating the court should have understood he was more involved because “[Hayes’] title was provided.” AB p.18.

The Government seemingly acknowledges in its Answering Brief that their primary purpose is to win this case—not to ensure a verdict worthy of confidence. Indeed, the Government arrogantly professes throughout the entirety of their answering brief how superb their performance was at trial—in demonstrating their case. (ie RB p. 15: “the jury would have found Bruce guilty based on the overwhelming evidence presented by the government”; RB p.16: “prosecution presented substantial evidence—substantial circumstantial evidence”; RB p. 17: circumstantial evidence was prominently highlighted by the prosecution”; “otherwise overwhelming case…made at trial”). In reality, this case is void of concrete evidence. The case is highly circumstantial, and the case only ended in conviction because the Hayes information was withheld.

The District Court ultimately agreed with the Government that this case was void of Brady/Giglio/Henthorn violations. To support this, the District Court stated the outcome would likely have generated the same result—with the information disclosed. However, the Ninth Circuit Court of Appeals has accepted this case for review and Oral Argument—to be heard on August 14, 2020. Generally, the Appeal process is lengthy, (sometimes taking more than a year); however, the Ninth Circuit notified the involved parties that this case was selected for Oral Argument just two-weeks after the reply brief was filed! This appears to be a topic the Court wants to further distinguish or define.

The information provided is Public Record—as a result this information is not subject to protection under the Duty of Confidentiality.