What Is The Difference Between Divorce Division of Property In Equitable Distribution States Versus Community Property States? 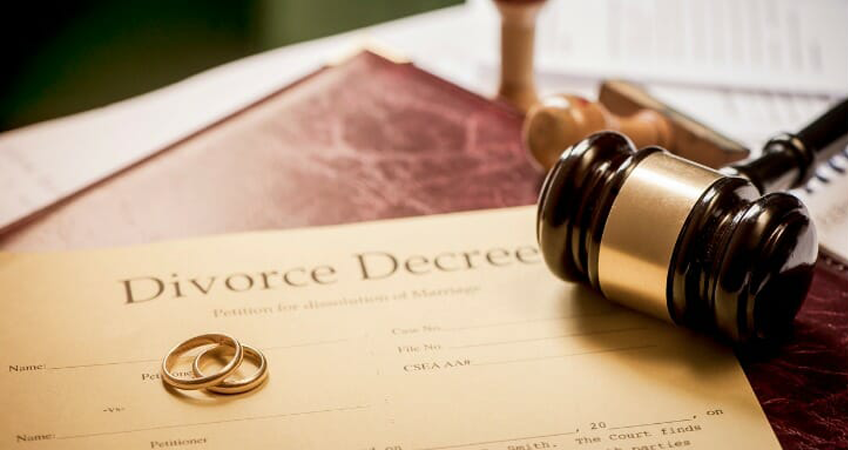 B. Equitable Distribution
Most other states operate under equitable property division laws. Under equitable division, the court does not have to distribute all assets equally, only fairly. Current financial status, possible future financial needs and any evidence of misconduct are all key factors the Court takes into consideration during divorce proceedings in terms of marital property division. In practice, often two-thirds of the assets go to the higher wage earner and one-third to the other spouse. Equitable distribution principles are followed everywhere except the community property states listed just below.

II. HOW MARITAL/NONMARITAL PROPERTY IS DISTINGUISHED AND DIVIDED AT DIVORCE UNDER COMMUNITY PROPERTY AND EQUITABLE DISTRIBUTION
A. Community Property
California is a community property state. The premise of the community property system is that earnings from the labors of each spouse during the marriage contribute equally to the accumulation of wealth and debt, which are owned equally by both spouses.

All property acquired by married persons while domiciled in California is characterized as community property or separate property. The original characterization is based on the source of funds and the timing of the acquisition.

In community property states, the date of separation is a key factor in determining whether property will be characterized as “community property” or “separate property.” While the law has recently evolved on what constitutes “separation,” the remaining constant is the mental intent/conduct of the parties’ supporting separation.

California Family Code section 771, subdivision (a), states that spouses’ earnings while “living separate and apart” are their separate property. So the key to determining the date of separation is determining the date on which the spouses began “living separate and apart.” There has recently been significant fluctuation in California law regarding what constitutes “living separate and apart.” In previous years, the law had developed such that the focus in determining the date of separation was seemingly the parties’ mental state (and conduct evidencing it). (In re Marriage of Hardin (1995) 28 Cal.App.4th 448), for example, defined “date of separation” as the date “when either of the parties does not intend to resume the marriage and his or her actions bespeak the finality of the marital relationship. There must be problems that have so impaired the marriage relationship that the legitimate objects of matrimony have been destroyed and there is no reasonable possibility of eliminating, correcting or resolving these problems. . . . All factors bearing on either party’s intentions “to return or not to return to the other spouse” are to be considered. . . . The ultimate test is the parties’ subjective intent and all evidence relating to it is to be objectively considered by the court.”

However, in 2015, the California Supreme Court clarified that under Family Code section 771, “living separate and apart” referred to a situation in which at least one spouse has the subjective intent to end the marital relationship and the spouses are living in separate residences. (In re Marriage of Davis (2015) 61 Cal.4th 846.) This was a dramatic divergence from what many considered to be existing law, and there was a strong reaction to the case by practitioners. Although requiring physical separation seemed to provide increased certainty as to when married persons would be considered “living separate and apart,” one of the primary criticisms was that the decision resulted in “disparate treatment based on a family’s economic status”:

Many spouses cannot afford separate housing and remain in the family residence, but believe they are separated. Others remain in the residence with the children to minimize the disruption. The decision [Marriage of Davis] fails to take into account the diversity of families. . . .

Legislation was quickly proposed to counteract the effect of Davis, and SB 1255 was signed into law on July 25, 2016, often referred to as the “anti-Davis” legislation. This new law adds Section 70 to the Family Code, which, effective January 1, 2017, will define “date of separation” as “a complete and final break in the marital relationship . . ., as evidenced by both of the following: (1) The spouse has expressed to the other spouse his or her intent to end the marriage. (2) The conduct of the spouse is consistent with his or her intent to end the marriage.” The court must take into account “all relevant evidence” in making the determination. Section 70 explicitly states it is intended to abrogate Marriage of Davis. (Stats. 2016, chp. 114, § 1.)

B. Equitable Distribution
Equitable Distribution States generally distribute property in what they believe is a fair manner based on the case. But keep in mind that a judge may consider who’s at fault for a divorce when dividing marital property. For example, in a case of adultery, it’s possible that the innocent spouse could receive more from the settlement if he or she can prove that cheating occurred.

Under the equitable distribution approach, equity is given prominence over an exact 50-50 split. So, a Judge could determine, based on the circumstances of the case, that the most equitable outcome in dividing assets and debts is far from an exact equal split. Thus, Courts have complete discretion when distributing marital property; the Court will normally consider the following factors: [1] the financial status of each spouse; [2] what the separate property entails; [3] evidence of misconduct, by either spouse, resulting in waste of assets; [4] the behavior of each spouse during the divorce process; and [t]he future needs of each spouse.

Non-marital property of one spouse includes gifts and inheritances given just to that spouse, personal injury awards received by that spouse, and the proceeds of a pension that vested (that is, the pensioner became legally entitled to receive it) before marriage. Property purchased with the separate funds of a spouse remain that spouse’s separate property. A business owned by one spouse before the marriage remains his or her separate property during the marriage, although a portion of it may be considered Marital property if the business increased in value during the marriage or both spouses worked at it.

Separate property is typically retained its original owner. Marital property, on the other hand, is subject to division according to the principle of equitable distribution. This means that the property is divided between the spouses according to what is “equitable,” or fair. While in some cases this results in marital property being divided equally, in many cases it does not.

Instead of dividing marital property equally between divorcing spouses, Judges in family court will examine a variety of factors in order to reach a conclusion about how to divide the property fairly, including each spouse’s financial and nonfinancial contributions to the marriage.